We are constantly learning, absorbing and being influenced from sources around us.

This is the full version to race and relations part 2.

“Every story written is slighted by the hands of men/women.” -beth

This is the short link to race and relations part 2. “They influence our narratives.”

When the word they is used this is what’s meant;

These are a few sources that influence our thoughts, emotions, love or hatred and actions.

These structures entities have the ability to form someone’s perceptions through a simple picture or word. These simplistic tactics can drive people towards unity or divisions.

My personal thoughts on unity or today’s push for unity; the more unity(everyone thinking the same) the more divisions you create.

The politically correct movement has created more branches of a problem then any type of resolutions.

Anyway here’s the public link to a preview version.

You can only drink from the cup of ills for so long,

eventually you become the disease.

When you just listen to each other, keep the conversation genuine no matter how uncomfortable we can actually fight for the common good of all…

I’m happy to say the talk kiki and myself had done was aired on tv. I’m not sure what channel but a few people approached me and told me, “we were flipping through the channels and saw you and your friend talking. We knew it was you because of how you talk with your hands. When’s the next talk?” Kiki and me had sat and talked but will be re tapping soon. 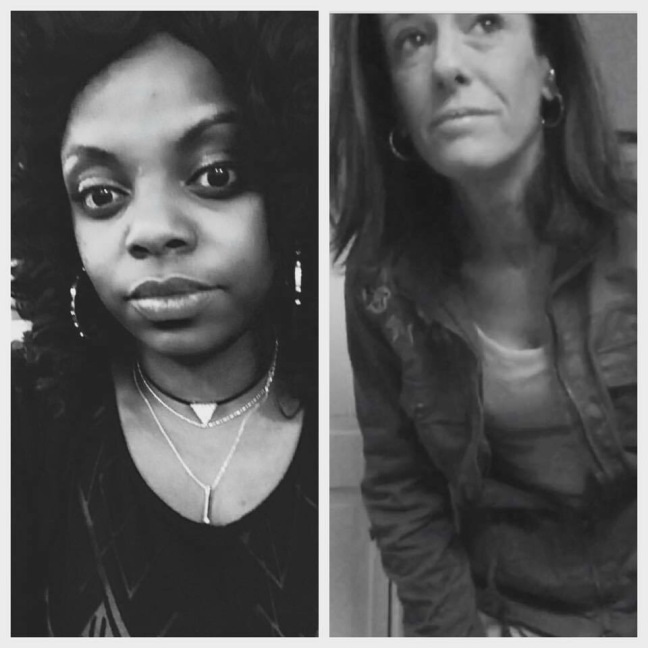 “Every disease returns to the host, and a people must face their own deeds. Inwardly  the nurturer is consumed by its own ills.”
Perishing milk and honey..

In this land want has given us the inability to recognize need amongst one another.
In this land of industry and profit poor has clothed itself in cheap labored cloth. We have made rich the oppressor and impoverished the oppressed, bounded with chains of debt.

In this land of fatted flesh and bones hunger no longer recognizes the hungry,
the appetite has grown thin and can no longer feel the injustices committed upon the soul of the mistreated.

In this land sight has been taken away and given to the blind.

In this land hearing has been taken away and given to the deaf.

In this land we once stood,
poor with poor no matter the colors, unity has been taken away and given to injustice.

In this land we have turned our faces away from the slave and honored the persecutor but none saw,
none cared, many don’t care until the injustice comes for them, knocks upon their door and stains their posts, we wonder why our cries fall upon deaf ears?

In this land we feast from the plate of illnesses
and have become the diseased, in this land perishing of milk and honey.

No deed hidden
“Is there any who are free from blame? Is there any who has not fallen ill with want? Humanity, at the words of a taskmaster, is guilty of being the oppressor one to another both here and abroad.”
The heavens engraved every cry of oppression towards humanity upon the skin of men and women.

Every transgression allowed is an act of acceptance,

which is nothing more then an an agreement for further acts of social, and economical injustices.

So the oppressed cry out

the heavens have deemed humanity guilty of complacency on Americas soil and abroad.

We as a people carry each word hidden by cloth but seen by god,

all written on a single body of flesh

We are all just as wrong as we are right,

in the end the body of flesh will be carried and held before the heavens,

the words written, the cries left unheard will declare all in need of mercy and forgiveness.

“Alone we fall, burning in a systems manipulated desires.”
Alone paper colors will rise and fall

to weak to bare.

People severed by ideas of retribution

fed from the table of wolves who feast off the emotion of hatred.

desiring to play a vengeful god among men and women for past sins of those pale, pawned in a game of monopolies but none understand for reason is lost.

Alone paper colors fight against the sold crying for victory and yet manipulated to fight for the system that has slaved so many,

fighting ghosts of the past through the living, history stuck in the minds of humanity repeating itself over and over until none are left.

“Everything you see begins in something else.”

Not every painting begins with a brush

not every painting is seen but rather heard.

“Those who lead as if judgment will never reign over them, will fall naked before the people’s victory.” Beth

Those who demand by the sword shall perish from its blade.
Those who live by the falsity of good works shall perish from its truth.
Those who take unjustly the necessities of man, women, and child for the luxury of the few, shall spend their days and nights in constant hunger and perish from an empty dish.
Those who take a single corporate bonus equivalent to a workers yearly salary shall be filled with the lifeless breath of a dollar and the soul of that person shall depreciate in value until he/she is judge by their own material luxuries.
Those who live desiring an eye for eye will be left blind, lust will coarse through their veins unrestrained  destruction shall fall upon the heart of the man/women and none will see.
Those put into elevated positions and feed their laborers food from the table of poverty will stager before the judgement seat of morality.
Judgment will cast before those who have elevated themselves crumbs from the table of the poor, they will hunger more than the poor for every crumb will be equal to their own doings.

Those who walk about the earth as kings and queens will be cast down by his/her own lofty imagination.
Those who seek to divide and romance her thought, will be remain in a state of hatreds constant birth and wax cold by her flame, perishing by the very waters meant to save.
Those clothed in the finest cloth will appear naked before judgement, judged by the rags of their laborers.